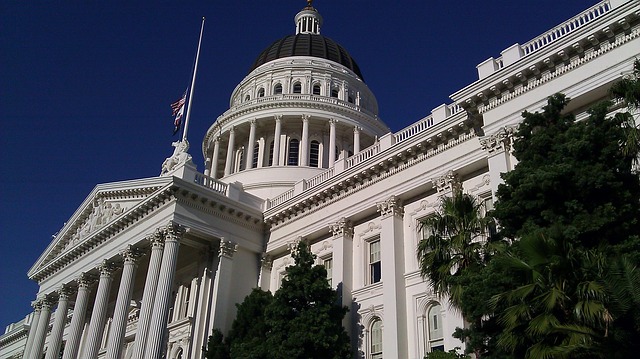 The witch hunt against crypto continues in Washington as the hearing by the Senate Committee is gaining steam. The Senate Committee on Banking, Housing and Urban Affairs has previously called David Marcus, the head and co creator of Calibra (wallet used by Facebook Libra crypto currency) to the hearing on Libra. The buzz on Capitol Hill about crypto is so loud that it has prompted President Trump to tweet about Bitcoin. The committee has recently called Circle CEO (Circle is a peer-to-peer payments technology company), Jeremy Allaire to attend hearing. During the hearing, the young CEO has made some interesting remarks.

The hearing was titled “Examining Regulatory Frameworks for Digital Currencies and Blockchain”. The main agenda of the hearing is to explore the viability of existing policies and regulations governing the U.S. crypto industry. The committee is headed by Michael Dean Crapo, a senior United States Senator from Idaho. All of these hearings were started as a direct result of hysteria that was a result of Facebook announcing its Libra crypto platform. In the latest hearing, Jeremy Allaire was joined by the University of California at Irvine School of Law professor, Mehrsa Baradaran and Congressional Research Service specialist, Rebecca Nelson.

The core of what Jeremy Allaire was trying to convince the committee can be summarized in this one line he gave, “Being a law-abiding U.S. citizen should not put U.S. companies, or U.S. industry at a disadvantage in the development of this global technology”. This was an attempt by Jeremy to convince the committee of the need for better regulation that doesn’t stifle opportunity and innovation. Jeremy also was pushed by Chair Crapo about Poloniex, the subsidiary of Circle, which transferred its registration to Bermuda. That gave him an opportunity to explain his position. “Unfortunately, in the United States, the guidance that the Securities and Exchange Commission (SEC) has given is extremely narrow in terms of what they would deem not to be a security”. He further went on to explain that most other countries like Bermuda, Singapore, Switzerland and France have passed“definitions of digital assets so that issuers can feel comfortable”. Jeremy stated that there exists a fundamental mismatch between the current structure of policies the government uses to oversee the crypto market and the nature of cryptocurrencies in general. Since 2018, the SEC has tried to enforce securities law by trying to classify each crypto product as a security or not. But this Jeremy explains that, with the existence of thousands of crypto assets is challenging and a new definition of crypto assets remains a necessity. He was quoted, “The really critical issue is that many of these digital assets do not easily fit classifications that we’ve had in the financial system. We’d like to say ‘oh, this is like a currency’ or ‘it’s like a commodity you would use or utilize in some way’ or ‘this has some features that maybe make it look like an investment contract.’ Many digital assets have features of all three. It’s what makes digital assets very innovative”.

With all the fear mongering going on recently, we might expect that Libra could end up being killed or worse as newer laws that stifle crypto creep up soon. But the honest answer to this is, well probably nothing bad is going to happen. First, there are no laws and clear regulation when it comes to crypto hence even if the government wanted to shut down Libra, it might find itself unable to do so. Second, unlike most countries there is a huge percentage of lawmakers in the US who believes in free market, libertarianism and the innovation that it brings. Their opposition coupled with the huge bureaucracy will make it harder for any new legislation to pass and time consuming. Due to the huge noise created around crypto recently, one thing lacking in the industry is now happening. General awareness about the technology is spreading among lawmakers which in the long run will be beneficial for the community.
Follow us on Twitter, Facebook, Steemit, and join our Telegram channel for the latest blockchain and cryptocurrency news

Bitcoin appears to be trading stably after pushing to break $9000, earlier this week. The current Bitcoin price is around …