According to a recent study carried out, the IoT network has more than 20.4 billion devices connected. Previously, it used to be something that people did not take seriously. Now, it has grown to become one of the biggest markets for investors. Presently, the market is worth a remarkable $212 billion and is still expected to increase in years to come. At this moment, people are now purchasing IoT devices than in the years before. This is where IOTA (MIOTA) comes in.

Though the IoT community has been remarkable, the lingering issues of data sharing are still present. This is one of the reasons why the developers of IOTA (MIOTA) created it. With IOTA (MIOTA), devices can now communicate with one another and share data. In this article, we will be looking at MIOTA and why traders should buy it.

What is IOTA (MIOTA)?

IOTA is a digital asset that has a stark difference compared to other known cryptocurrencies in the market. One of the most distinct features that set it apart is that it works without blockchain technology. However, it uses its distinct distributed ledger called Tangle. Nodes on the IOTA network use the Tangle to confirm transactions carried out. This is just like the way transactions carried out on Bitcoin’s blockchain are verified by miners.

IOTA enthusiasts have always mentioned that Tangle is much faster and more efficient than blockchain. With this, it has massive use cases along with great scalability. The development of IOTA in 2015 was necessary to build a link for data sharing between devices in the IoT ecosystem. To carry out these transactions, MIOTA, the native digital asset of IOTA, is used. When IOTA was first created, the developers did not intend to make it a digital asset. After seeing its potential in the IoT system, they made it into a decentralized network.

How Does IOTA (MIOTA) Work?

IOTA acts as the bridge between billions of devices across the IoT network. The main objective of the network is to transmit data between devices. It also executes smart contracts among complex devices. To bring all this to life, IOTA uses its ledger just like how tokens use their blockchain. However, you should know that its ledger is called Tangle. Tangle works as a Directed Acyclic Graph. This means that instead of making use of miners, it uses a central coordinator. 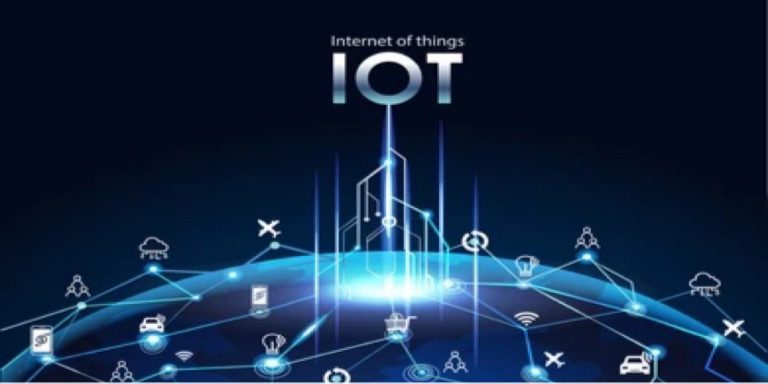 What’s the Difference Between IOTA and IoTeX?

To confirm transactions, the coordinator uses the data that it collects from the distributed ledger. Tangle is much faster than blockchain when it comes to handling transactions. It can handle about 1000 transactions in the space of a second. Unlike the Bitcoin network that becomes slow with congestion, IOTA is designed to withstand congestion without losing its speed.

Performance Of The IOTA Token

Without looking at its price actions, one cannot just stumble on IOTA and assume it is a good investment. This is because though assets tend to be volatile, investors back some of them that show promise. IOTA has not been in the market for long, so not much can be said about its previous price history. Though still very young, IOTA has undergone a bull run that pushed its price from $0.851 to $4.23.

This massive bullish run occurred between November 20 and December 18 of 2017. Though IOTA was able to stay above $4 for most of the year, the asset, along with other tokens, saw bearish returns. With this, IOTA crashed below $1. The coronavirus crash also did a number on the asset, seeing it drop to $0.137 on March 16 of 2020. The bullish run that occurred later in the year, coupled with good moves earlier this year, saw the asset peak at $2. Presently, it is trading at $1.36 with a 24-hour profit of 4.78%.

While the asset price is still relatively low, analysts believe it could soar in the long term. The belief is that IoT systems will witness massive growth in the coming future. This could spell an excellent opportunity for the asset to achieve mainstream adoption. In this regard, it could go on to be one of the best investments. The IoT industry is undergoing remarkable growth, and trends show that all are accepting the technology.

A recent study shows that about 75 million devices could be installed worldwide by 2025. With the prospect of developers making things that can be compatible with the IoT ecosystem, the industry is showing promise. With IOTA being one digital asset that can be used in the ecosystem, it shows that it will succeed. It also means that every success that the IoT industry witnesses will translate to a win for IOTA.

Should I Invest In IOTA (MIOTA)?

To ascertain if you should invest in IOTA is to know how good Tangle is compared to blockchain. Without a doubt, Tangle erases one of the biggest problems of the blockchain, which is scalability. So instead of the network being congested as users enter, it becomes faster. Users and developers alike looking for efficiency will be attracted by this concept.

Another thing is that IOTA does not charge transaction fees. It means that you will not be charged outrageous fees even though more people enter the network compared to blockchain. IOTA (MIOTA) provides a list of reasons why it is a good investment. At this moment, IOTA can be regarded as a swift-growing asset with great returns in the future. With more people entering the network, it is billed to rise, which translates to the price of the asset soaring. In any case, investors are going to be the biggest winners at the end of the day.

Investing in IOTA (MIOTA) is something that every trader should do. This is because IoT technology has a perfect future. Presently, the world is turning to smart devices. As the days roll by, there will be a shift to accommodate more smart devices in every home. When this eventually happens, IOTA (MIOTA) will be the connector between all the devices to make communication swift. For traders, the greater the use case, the more gain it will bring to the market.