Increasingly, entrepreneurs and ordinary people are asking the question of what role the state plays in their life and business: do they need in state money and services, and what are they really worth? The trends of the last decade show that the private money market is not a fantasy, it’s our possible future. A number of economists predict that large corporations will begin to work without intermediaries in 40-50 years, and cryptocurrencies issued by corporations are the most realistic alternative to fiat money.

The crypto market is banned or severely restricted in many countries because governments can’t find an efficient way to track anonymous account holders whose assets are literally intangible and growing by leaps and bounds. The Bitcoin skeptics and critics were burying the token several hundred times since it was released, and optimists predicted the growth of the first cryptocurrency in 2021 to $20,000 after its collapse in 2020. As you can see, both camps were wrong: Bitcoin is still alive and its price was more than $32,000 at the end of January 2021.

The top ten cryptocurrencies are showing growth over several years despite their volatility over short time periods. Getting your own crypto wallet today literally means that you invest in your future.

But cryptocurrencies are a risky asset, so it primarily attracts people with a special mindset. They attract players, in the broadest sense of the word.

Advantages of Playing for Altcoins

Dreams of sudden enrichment can come true, especially when playing with altcoins. Playing for cryptocurrencies has a number of advantages:

The optimistic forecasts of practitioners of economic sciences regarding the future of altcoins make tokens attractive even more for their acquisition and growth. On the Fairspin website, you can play not only for fiat money, Bitcoin and Ethereum. Players are free to choose between the most popular cryptocurrencies in the world: Tether (ERC20 and OMNI), XRP, Litecoin, Bitcoin Cash, Binance Coin, Cardano, USD Coin, EOS, Monero, Tron Coin, Stellar, Neo, NEM, DASH, Zcash, Dogecoin, Paxos Standard, Gemini Dollar.

The honesty control mentioned earlier is the main feature of the Fairspin casino. Players can track important elements of fair play such as payouts and casino balances thanks to tokens. The transaction history is encrypted on the blockchain, so you can see for yourself whether Fairspin is really playing a fair game with its guests by using a blockchain explorer of your choice.

In 2021, it will be three years of the Fairspin gambling club has begun to operate. The casino met December 2020 with a redesign, an extended game halls and the addition of new providers. In the first month of 2021, Fairspin almost doubled its game library: more than 4,000 games by 39 providers are available to players now. Among the novelties there are games by:

The gambling club team has big plans for the current year: to add new payment methods, to enter new foreign markets, to expand the game library and bonus program.

And if you are attracted by adrenaline, drive and big wins, go to the casino website, top-up your gaming account with the promo code 7FCID5NY, and win a ticket to a comfortable cryptocurrency future! By using the promo code you will find a 150% bonus — it’s your additional chance of success.

What the Future of Bitcoin looks like – Fad or New Standard?

Cryptocurrencies have been around for about twelve years, but it has only been in the last few years that more … 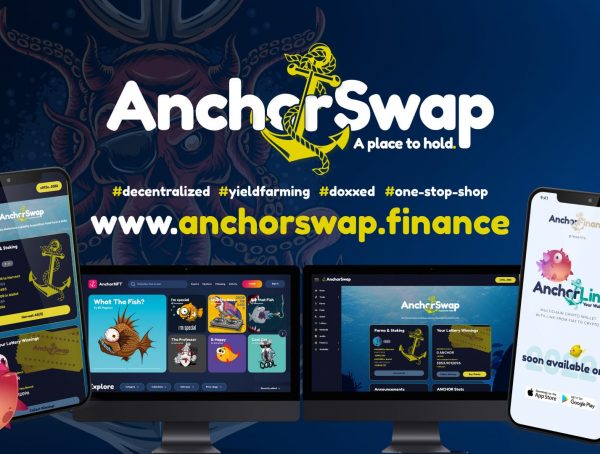 Crypto For Everyone With AnchorSwap’s Diverse Ecosystem! 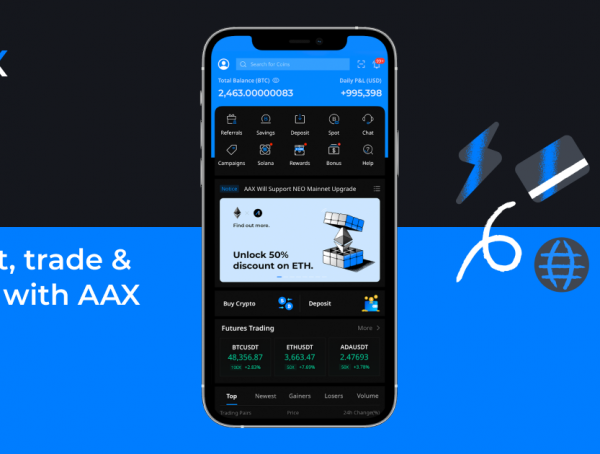 AAX, The First Exchange to Enable wETH Deposits, Offers Up to 60% APY on Savings

Crypto exchanges nowadays offer a wide range of services. However, reaping all of the benefits out of the crypto sector …