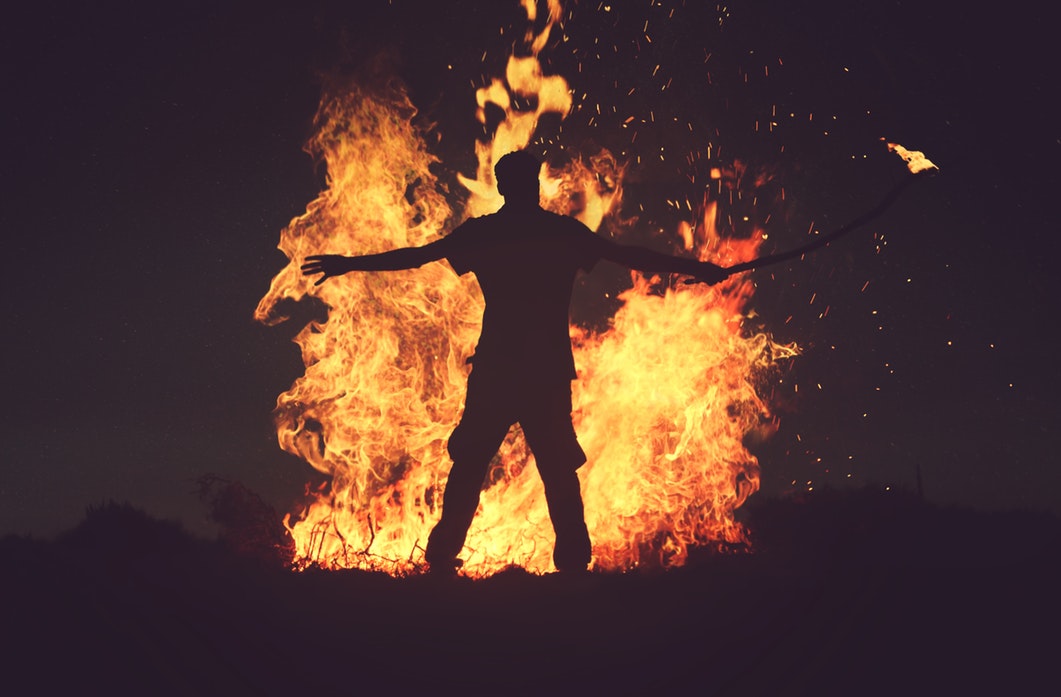 Larry Harvey passes away after complications from a stroke. He was cofounder of Burning Man: annual gathering of tens of thousands of people that brings a temporary city to life in Nevada’s Black Rock Desert to dedicated to community, art, self-expression, and self-reliance.

“It began as an impulse of an afternoon,” Mr. Harvey  said on “Charlie Rose.” “I called a friend and I said, ‘Let’s burn a man.’ He said, ‘What? Would you repeat that statement?’ ”

Mr. Harvey and his friend, Jerry James, constructed an 8-foot effigy of recycled lumber and set it on fire at Baker Beach, right next to the Presidio of San Francisco military installation. They burned “the man” – the concept of authority, government and suppression.

The Burning Man is Disneyland in reverse . . . Woodstock turned inside out – It is anything you want it to be – Larry Harvey (1996)

It’s like a combination of music festival, farmers’ market and social experiment where everyone is an active participant. All attendees are encouraged to share their innate skills and artistic abilities in some way. Common expressions are through interactive sculpture, building, performance, art cars and other media. There is also  a yearly theme chosen by organizers.

Over the years, this experiment in community has come to define ten main principles (bold) as the foundation of the event. They show similarity to the founding principles of Bitcoin (italics):

The more radical appreciation Bitcoin to remove banks entirely and return to true peer-to-peer transactions runs in much the same vein as Burning Man – banks represent a huge fraction of power held by “the man.”

It’s probably only a matter of time before headlines of music festivals accepting cryptocurrencies, or some sort of blockchain/music/art festival combination start popping up.