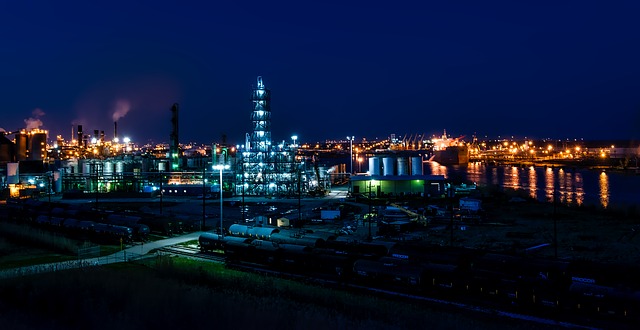 Dubai might have set its sight on becoming the world’s first Blockchain-Powered Government, but the Middle East is not exactly the first thing that comes to mind when someone thinks about crypto. Nothing much happens in this part of the world when it comes to crypto, but that might be about to change, with Bahrain adopting a new set of rules to encourage and attract companies.

Bahrain is an oil-rich monarchy situated in the middle of the Arabian Peninsula. The small island nation got rich from the oil boom that happened in the 20th century in this region and like most countries in the region, the government used up the money from oil to fund projects and the royal family was not short of extravagance. But, when the oil prices crashed, the country’s economy went into turmoil. At first, the government tried to balance its budget by borrowing hoping that the oil prices would rebound. But when it was clear the oil prices were to stay low for a very long time, the government had no option but to cut spending. This in a country where a huge share of the GDP is made up of government spending did not go well and the economy has been suffering badly ever since.

Faced with the grim reality that the economy of the country is facing, the government of Bahrain has been implementing a lot of measures to deal with it. This is done in order to get investors to invest in the country, from trying to balance the budget or at least trying to reduce the deficit (so that the rating of government debt bonds goes up), to opening up parts of its economy. And recently, Bahrain is set to adopt a new set of rules regarding crypto, in an attempt by the government to attract companies and talent to the country hoping it will bring much-needed growth to the country.

The Bahrain government is specifically targeting Indian firms affected by RBI’s (Reserve Bank of India) ban on trading with crypto. In order to attract Indian firms, EDB (Economic Development Board) had organised a roadshow in Mumbai to attract fintech companies in December. Along with this, EDB has signed a Memorandum of Understanding (MoU) with the Maharashtra government to provide a framework for co-operation to promote fintech in their respective markets. If all goes as planned companies affected by RBI’s ban could simply move to Bahrain circumventing the ban. This will be beneficial to both the companies moving to Bahrain and Bahrain itself. When talent and capital move out of India to Bahrain, the Indian government might be forced to rethink its ban on crypto.

A similar situation was faced by South Korea. South Korea like many countries in 2017 followed a policy of blanket ban on crypto. But by that time, Koreans had embraced crypto and usage was quite widespread and the ban forced companies to shut down their operation, at least temporarily. Within a few weeks, companies began to relocate to neighboring countries with favorable legislation like Japan, Hong Kong, and Singapore. South Korea was finally forced to bring new regulations to allow the crypto industry to operate. This was done to prevent capital outflow. This serves as an example for other countries in today’s global world that national borders mean very little and if they do not put in favourable policies for innovation, other countries will take the lead.

The move is clearly not due to the Bahrain monarch’s love for crypto, rather the economic prosperity that crypto could bring. Bahrain’s economy is in dire need of growth and the government believes that crypto could help give a boost to its financial sector and increase its share of the overall GDP. Crypto is making its way into the Arabian Peninsula and this might create a domino effect with countries like Qatar facing isolation and Iran under sanction. This could be the answer to many of the problems faced by these countries.